Is Kratom Legal in Florida ?

Mitragyna speciosa, or kratom, and its derivative alkaloids are legal at the federal level in the United States. Kratom was briefly considered for scheduling under the Controlled Substance Act in 2016 but ultimately was never banned. This does not mean that you are clear to use it, though, because, depending on where you are, there could be state or city ordinances banning the use of the substance.

Is Kratom Legal In Florida?

Kratom is legal in the Sunshine State. It has remained legal through challenges in the Floridian House and Senate, although it is not legal everywhere in Florida. If you live in Sarasota County, do not use kratom as it is against the law. 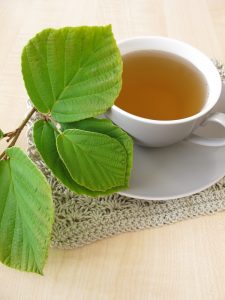 History of Kratom Legislation in Florida

Floridians have almost lost their right to use kratom several times. There have been several attempts to ban the substance. Typically, these bills died before reaching a vote because they lacked substantive evidence to be recommended by committees they found themselves in.

In 2016, the DEA announced and reneged on its intentions to ban kratom and its substantive chemicals. In the same year, Florida’s House of Representatives also considered two bans on kratom. SB 1182 sought to make kratom a controlled substance while allowing federally approved drugs based on kratom to remain legal. This bill died in the Appropriations Subcommittee on Criminal and Civil Justice. Its House bill counterpart, HB 73, died in the judiciary committee. This did not stop kratom’s detractors in Florida’s legislature.

Specific Regulations in Counties and Cities in Florida

Florida does have one county where it is illegal to possess or consume kratom. Sarasota County passed an ordinance banning kratom in 2014. By considering it a synthetic drug, Sarasota County has made possession of kratom a misdemeanor. Possessing kratom can land you in jail, and the court can impose between a $250 and $500 fine. You can also be required to pay court fees and fines. In short, there are many reasons not to own kratom while in Sarasota County.

In April 2019, legislators in St. Johns County briefly considered banning kratom in line with the Sarasota County ordinance. They decided to table the proposed regulation and have yet to return to it. If you live in St. Johns County, you might want to check with your local representatives to keep up to date on the legality of kratom. 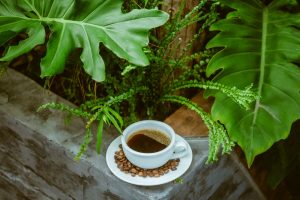 Where to Buy Kratom in Florida

Kratom can be shipped everywhere in Florida, save Sarasota County. As such, you might want to consider buying from an online retailer. Online retailers tend to serve the best quality kratom at the lowest prices.

If you would like to support local businesses, brick-and-mortar shops are the way to go. You can find many vape and tobacco outlets serving kratom across Florida, and it is even available in some coastal bars.

The following is a list of the best places to experience kratom in the state:

This list will show you the best places for Kratom in Redwood City, California. Our..

The Best Places to Buy Kratom Locally in Portsmouth, Virginia

If you’re looking for a new store to buy Kratom from in Portsmouth, Virginia, then..

The 10 Best Kratom Shops to Buy From in Lynwood, California

We hope to help all of our readers with buying Kratom locally. This is a..