Is Kratom Legal in Colorado ?

With the lack of general knowledge about kratom and lack of research into it, its legality in the United States is patchwork. The federal government considered making it illegal a few years ago, but kratom experts and advocates convinced them to wait for more research before doing so. This leaves states and cities to choose whether kratom should be legal there.

Is Kratom Legal in Colorado?

Kratom is legal in the state of Colorado, but some cities have placed restrictions on it.

In Denver, it cannot be sold for “human consumption.” 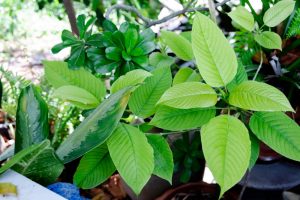 History of Kratom Legislation in Colorado

Until 2017, there were no laws in Colorado regarding kratom. It is still completely legal at the state level, without any restrictions, but counties and cities have the freedom to place their own bans or restrictions on it. Very few have taken advantage of this.

Denver’s Restriction in 2017 and the Libertarian Pushback

In November 2017, the Denver Department of Public Health and Environment put restrictions on kratom so that it cannot be used or sold for human consumption. At the time of the restrictions, Denver officials said the restrictions were due to two deaths related to kratom use, but kratom advocates argue those deaths had other causes.

The restrictions still allow people to buy and sell kratom, but only for “non-consumptive use.” To be legal, retailers must not provide any guidance for consuming or dosing kratom. There must also be an advisory on all products in large font with specific wording that states the supposed risks of kratom.

In 2018, the Libertarian Party fought back against the restrictions on kratom, speaking out in person and in print. However, it did not lead to any changes, and kratom remains restricted in Denver.

Castle Rock is about halfway from Colorado Springs to Denver and still within the Denver metro area. Late in 2018, the municipality placed a temporary ban on the legalization of new kratom businesses. Originally, the goal was for this ban to last six months, at which point the municipality’s authorities would decide what to do about kratom.

In June 2019, the council decided to keep kratom legal but restrict its use to only those who are 18 years or older.

In November 2019, Monument banned kratom for retail sale. Importantly, this ordinance still allows for the consumption of kratom, just the retail sale or purchase of it.

Specific Regulations in Counties and Cities in Colorado

Most of the legislation mentioned above applies to specific cities in Colorado. To summarize them:

Everywhere else in Colorado, kratom is currently legal.

With the exception of Denver, where it is banned for human consumption, most cities in Colorado have several great options for buying kratom.

Stores in Colorado Springs include:

Ones in Aurora include:

Those in Fort Collins include:

The 10 Best Kratom Shops to Buy From in New Rochelle, New YorkY

We’re here to show you some of the best stores to buy Kratom from in..

The Top 10 Kratom Shops to Buy From in Waterbury, Connecticut

The Top 10 Kratom Shops to Buy From in Brooklyn Park, MN