The Differences and Similarities Between Kratom and Coffee 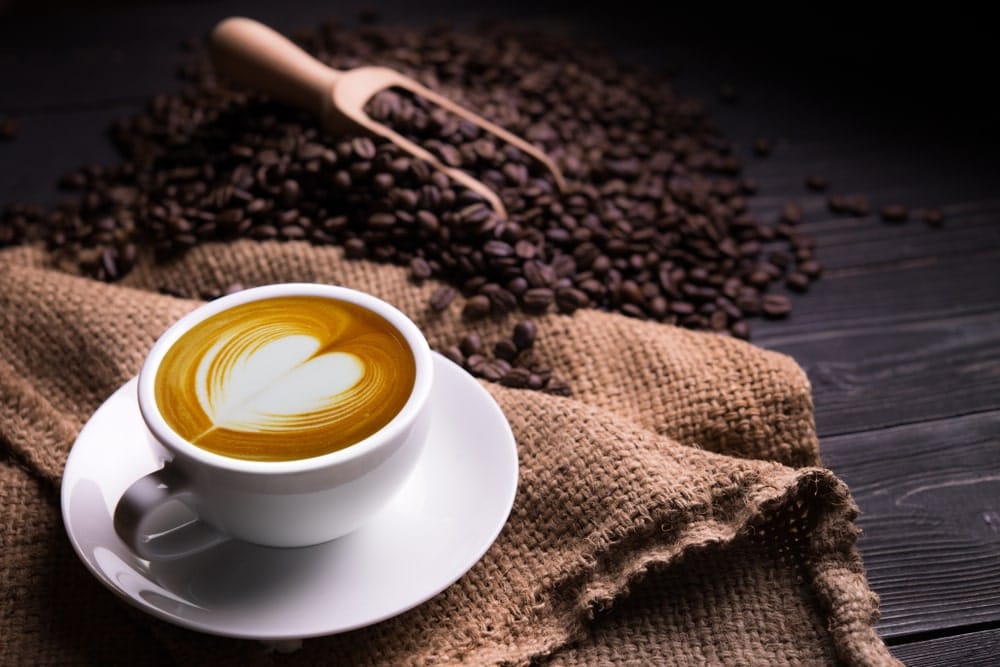 Knowing all you can about kratom is essential if you are considering making your first purchase or an active user. One area of interest for kratom enthusiasts is how kratom compares to similar consumable plants. There are many plants that people use for the effects they produce beyond nutritional value. Of course, not all plants are the same. Some produce mild effects, while others are intense. Some plants taste good, while many have off-putting flavor. One plant people like comparing with kratom is coffee.

Coffee is like kratom in several ways. They have similar origins and history. They are even closely related biologically. Of course, they are different in more ways than one as well. This article should provide a basic understanding of the relationship between kratom and coffee. It will also give an overview of both plants. Be sure to supplement whatever you find here with further research to expand your understanding of kratom.

Origin of Kratom Vs. Coffee

Kratom has a long history of human use in its native region. It is originally from Southeast Asia, specifically the Pacific islands of Indonesia, Malaysia, and Myanmar, to name a few. From here, it spread around the globe and gained popularity in recent years. In its original countries, it is part of religious rituals and ceremonies in social gatherings. It has even been enjoyed as a daily drink of choice by manual laborers for its believed ability to increase energy and stave off fatigue.

Coffee has also been enjoyed for centuries. It is believed to have its origin in the Kingdom of Sheba, which is modern-day Ethiopia. Coffee cultivation and use spread rapidly. Although it can only be cultivated in tropical countries, it grows in nearly every suitable place. People from almost everywhere consume coffee.

Biology of Kratom Vs. Coffee

Kratom is the common name for Mitragyna speciosa. It is a tropical evergreen plant, quite like coffee. It can grow up to 80 feet tall and 3 feet around. The plant produces round flowers and grows broad leaves. It is the leaves of the plant that make kratom well-loved, as they contain high amounts of kratom’s alkaloids. Interestingly, Mitragyna speciosa is part of the Rubiaceae family, which also includes coffee.

Coffee can refer to several plants in the Coffea genus, which share a place in the Rubiaceae family with kratom. The two most popular species are C. arabica and C. robusta. Each coffee plant produces many white flowers and red drupes. People refer to the coffee fruit as a “cherry” because it closely resembles cherries. The fruit contains a seed popularly roasted, ground, and brewed into a hot, tea-like beverage.

Chemistry of Kratom Vs. Coffee

Kratom and coffee both owe their traits to their component alkaloids. Alkaloids are naturally occurring, nitrogen-containing compounds found in plants that produce effects on people who consume them. They are present across the plant world and produce distinct effects.

In kratom, the alkaloids responsible for its potential effects on humans are mitragynine and 7-hydroxymitragynine. These alkaloids are present in high concentrations in kratom’s leaves, which is why people chew the leaves of this plant. In coffee, the alkaloid responsible for its unique ability is caffeine. Caffeine is concentrated in the seeds of coffee, which are called coffee beans. With both plants, the alkaloid is named for the plant. That is a common convention in naming alkaloids. However, caffeine is found in many different plants. You will find caffeine in tea, cocoa, yerba mate, and other species.

Uses of Kratom Vs. Coffee

People find that kratom provides many benefits to its users. Some kratom users claim it helps increase their energy, improves their ability to think clearly, and generally helps them stave off fatigue. Other users report that kratom might have a calming effect that helps them relax and get a good night’s sleep. The contradictory effects of kratom make sense when you consider that the experience varies from person to person. To get the best understanding of how kratom works for you, you will have to test it yourself.

Coffee is also believed to hold a variety of advantages. People all over the world start their day with a hot cup of coffee, and many consistently consume coffee throughout the day. It is thought to provide help with focusing. In addition, people claim it gives them energy and keeps them awake. Another reason coffee is so popular is its flavor. Coffee’s delicious flavor has customers frequently buying decaffeinated coffee, which produces no effect on people.

Preparation of Coffee Vs. Kratom 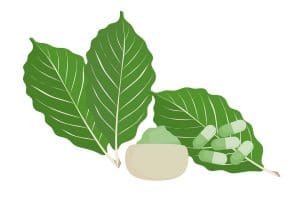 Historically, people chew the fresh or dried leaves of kratom. This part of the plant contains the highest concentration of natural alkaloids. Today, a popular form kratom takes in the global market is dry powder. Powdered kratom comes from dried leaves, and it contains 100% plant material. The way to consume dried kratom is as is, as a tea, or as a beverage additive. Some manufacturers also create extracts out of the plant material.

Coffee’s preparation is a lengthy process. Once cultivated, the fleshy and skin of the fruit are stripped or washed from the bean. After this, the beans are laid to dry in the sun. If they were not washed before drying, they are washed after drying. Then, the beans are sorted and roasted. After a coffee bean is roasted, it is typically ground and brewed to make a tea-like beverage. Of course, people also eat roasted beans or grinds in ice cream, cake, candy, and many other recipes.

Interestingly, kratom and coffee come from the same family of plants. These two popular consumables are closely related, though they bear little resemblance to one another. Regardless, they are frequently compared favorably. They produce mild but enjoyable effects on people and are widely regarded as safe.

It is imperative to understand the legal consequences of any action you undertake. Kratom is