The Differences and Similarities Between Kratom and CBD

Kratom and CBD are often thought of in tandem. They are usually sold side by side, and they are both common names for naturally occurring plants. They are both famous for their mild effects, and their popularity has gone up significantly in recent times.

Still, kratom and CBD have their differences. They evolved along different lines, grow in distinct regions, and exert unique potential effects on people. If you are thinking about purchasing kratom or CBD, read this guide to get a good understanding of what these two plants are.

Biology of Kratom vs. CBD 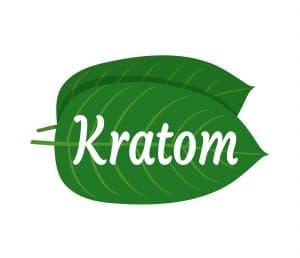 Kratom is a plant in the Rubiaceae family. Its scientific name is Mitragyna speciosa. Another famous plant in the Rubiaceae family is coffee, to which kratom has been compared frequently. They both produce alkaloids that might induce elevating and relaxing effects in their users. Kratom is an evergreen tree that can reach heights of up to 80 feet. It is famous for its leaves, which contain alkaloids that are responsible for its possible effects.

CBD is short for cannabidiol, and it is a compound found in cannabis plants. Cannabis is a genus of flowering plants in the Cannabaceae family, which also contains hops and nettles. While cannabis is famous for its psychoactive effects, those are caused by THC. CBD is actually the nonpsychoactive component found in the flowers of cannabis plants. It is a great way to feel some of the potential benefits of cannabis without feeling stoned. Sometimes, cannabis plants that contain low levels of THC are marketed as “CBD.”

Chemistry of Kratom vs. CBD

Kratom contains naturally occurring compounds known as alkaloids that are responsible for the active effects that kratom imparts. Another famous example of a plant-derived alkaloid is caffeine. Some of the most frequently occurring alkaloids are mitragynine, 7-hydroxymitragynine, and corynantheidine. These organic compounds are found in high abundance in kratom’s leaves, which people typically consume.

CBD is the name for the chemical itself, which in turn is found in cannabis. Cannabidiol is an organic compound that exists naturally in cannabis plants, among many other organic terpenes and cannabinoids. It interacts with different receptors in your body to make you feel serene and clear-headed.

Origin of Kratom vs. CBD

Kratom is a tropical plant that is grown in Indonesia, Malaysia, Thailand, and Vietnam. People have chewed kratom leaves in these places for thousands of years to try to keep themselves energized. Kratom was recognized early on for how well its potential effects meshed with daily life.

CBD is found in cannabis plants, which was likely one of the first plants ever cultivated. Cannabis plants are grown in almost every country in the world. Humans have developed an interest in high-CBD cannabis strains. They have the potential beneficial effects of cannabis and are suitable for people who do not want to get high.

Uses of Kratom vs. CBD

Kratom leaves are chewed pretty much all over the world. People believe that they are responsible for creating increased relaxation levels, though some strains are thought to induce energy. Most kratom strains are differentiated by their color — white, green, or red — and country of origin. People in countries where the tree is native have been known to use kratom daily, like a morning coffee or an afternoon tea.

Some people talk about CBD like it might be a wonder-remedy. It is at least partly responsible for the massive popularity of cannabis. There is a range of claims about CBD. People say it can potentially relieve tension in your mind. Some even say it can possibly reduce acne. Most claims about CBD have no supporting scientific evidence. Still, it might not have any adverse effects on most users.

Preparation of Kratom vs. CBD

Although people traditionally chewed kratom leaves, you are not likely to find it sold in leaf form by many retailers. Kratom leaves are usually dried and crushed into a powder to sell. This powder can be consumed in myriad forms. Some people like to eat the powder plain, in capsules or spoonfuls. It is also in the perfect state to add to a smoothie or for making tea.

CBD is consumed in many different ways. People smoke or vape the dried flower. It is also sold in a concentrated form that can be vaporized or smoked, as well. People even cook with CBD, turning it into a variety of products. Coconut oil, chocolate, and cookies are all forms in which you can find CBD. Retailers even market coconut oil and other CBD-infused oils as topical ointments.

Kratom and CBD are similar, but mainly because they are both plants. They grow in different climates and regions, have distinct chemical components, and are used and prepared differently. They may have some overlap in their uses. Overall, kratom is seen as potentially having sedative and calming abilities. While CBD might also induce a calm feeling, it is more known for its potential therapeutic effects. Both are relatively safe, given that you secure a purchase from a trusted source.

Kratom is a tropical plant grown in Southeast Asia that people worldwide enjoy. One of

Amazing Botanicals, formed in 2014, has grown from a small business into a true mammoth